Week One Reactions…Hold Your Horses!

The first game of regular season football is like coming home after a grueling 7 months on the road. Settling in on the couch and watching the opening kickoff is like stepping across your threshold and seeing your family photos. Hearing Al Michael’s voice is like putting on your favorite pair of slippers. Even Chris Collinsworth is the sweatshirt you love to hate–awkward fitting, uncomfortable sleeves, makes you cringe at times, but still so familiar. Whether a fan of the Cowboys or Giants or neither, all football fans experienced these feelings before kickoff on Wednesday night: familiarity, satisfaction, excitement.

It’s easy to get caught up in the excitement, because only in Week One is the slate completely wiped clean. Only in Week One the rankings can still be argued with, we are all undefeated–the season is our oyster. Because any given Sunday you can either win or you can lose. (Trust me, as a Redskins fan, we are the biggest suckers for preseason optimism in the book.)

The same is true for fantasy football. No matter how your roster stacks up against your competitors, it’s still anyone’s game. You KNOW Sleeper X (who you snagged in the 12th round of all your leagues) is going to have his breakout season. You’re talking smack, taking wagers–you’re rarin’ to go. But wait a sec…hold your horses. Because, while Week One of football and fantasy football can offer some foreshadowing of the season to come, it’s more often just a chance to get ahead of ourselves, so take your time to get your bearings.

For example, after Week One last year, we could’ve been thinking:

1.  Chad Henne and Mark Sanchez could make legit starters. In their first performances of 2011, Henne threw for 416 yards and 2 touchdowns, Sanchez for 335 yards and 2 touchdowns. If either of those guys were your QB2 (and I hope neither were QB1), you had to feel like you were sitting pretty. On the flip side, NINE quarterbacks threw for more yards than Aaron Rodgers (though 3 TDs helped maintain his fantasy sturdiness).

The real takeaway: 2011 would herald the era of the passer. Four QBs threw for over 400 yards in Week One; Tom Brady for over 500. Cam Newton put himself on the map (though many assumed a fluke performance). Many teams in 2011 (real and fantasy) would achieve more success through their passing game than on the ground.

2.  Marshawn who? Marshawn Lynch was just a blip on the radar this time last year. With 13 carries for 33 yards in Week One, he was utterly forgettable. But those who held faith rode him for a top-6 performance by season end. Reggie Bush had 11 carries for 38 yards in Week One, but then went on to help many fantasy owners make and win their playoff games. And we all know Chris Johnson was a disappointment last year, but, come on, 9 carries for 24 yards? He wasn’t THAT bad ALL season!

The real takeaway:  The running backs that matter in weeks 12-16 may not win you games early on.  Likewise, many owners spent high draft picks on backs that were injured early on or otherwise disappointed.  Hopefully 2011 was an anomaly for injuries, but the bottom line remains: unlike years past, running back might not be the anchor fantasy position it used to be.

3.  No way the Giants make the playoffs.  The league’s reigning champs started the 2011 season by losing to the Redskins 28-14.  The soon-to-be Super Bowl MVP (and #6 fantasy QB) threw for a mediocre-to-fair 268 yds, no TDs (though 1 rushing TD) with 1 interception.  The Giants failed to convert 3rd or 4th downs on 10 of 11 attempts.  Their defense gave up over 300 yards and 2 TDs to Rex Grossman.  (Rex Grossman!)  No one sane thought this would be the team to win Super Bowl XLVI.

The real takeaway:  You just can’t tell after one week of real play.

These guys haven’t played an entire game in over 7 months.  They’re working out the kinks still, getting their groove back.  Yes, they only have 16 games and not a lot of time to work things out, but don’t make snap judgments after this initial performance.  Same goes for your fantasy team.  You’ve set your roster based on the experts and your own predictions of the future.  Now the actual data points start to come in, but any statistician will tell you a data set of one is irrelevant. 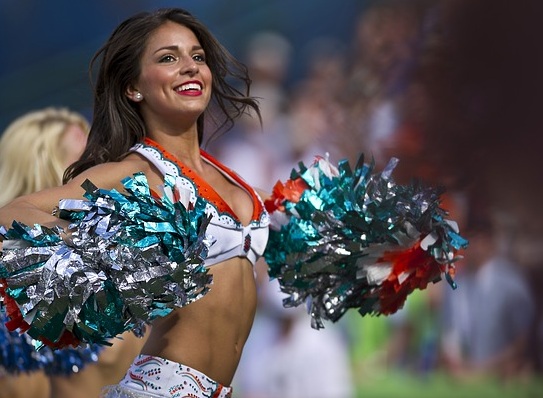 Whether you start out with a bang or a drizzle, proceed into Week Two with caution.  Don’t pat yourself on the back for passing up Eli for Romo (yet).  Don’t go dropping Dez Bryant to pick up Kevin Ogletree (though if you have someone clearly dropable to exchange for Ogletree, by all means….)  Incidentally, in their first game last year, Early Doucet far outperformed Larry Fitzgerald, though you didn’t see Doucet on a lot of rosters at season end.

So rather than making snap judgments, look at the big picture and try to anticipate league-wide trends.  How are teams adapting to new coaches?  Players to new systems?  Who’s getting the carries and targets (in addition to actual production)?  How do you see these trends effecting your team?  No one wants to lose, but losing your first fantasy match-up can often push you to start realigning the pieces of your puzzle, which is important in the long run and best to do early on.  If you win, try to get yourself to have an equally critical eye to your roster.

So best of luck this weekend!  Enjoy the excitement, but remember what an emotional roller coaster it can be (ie, you’d like Team X to win, but only if it’s by Player Y throwing a touchdown, just not to Receiver Z….)  With all the anticipation, Week One is hard to process, so just chill.  Take a breather.  Hold your horses.  We have 16 more weeks to go.